During one of my random daily excursions down one of my regular watch auction sites, I came across a very interesting and attractive looking watch.

Its not a Seiko, but rather its Japanese counterparty, a Citizen this time.

However unlike the regular Citizens of yesteryear, this one had a IWC Portugieser-ish look to it which was extremely clean and attractive which led me down the path of feverish bidding before I came up tops after putting up a sizeable amount of cash for it. 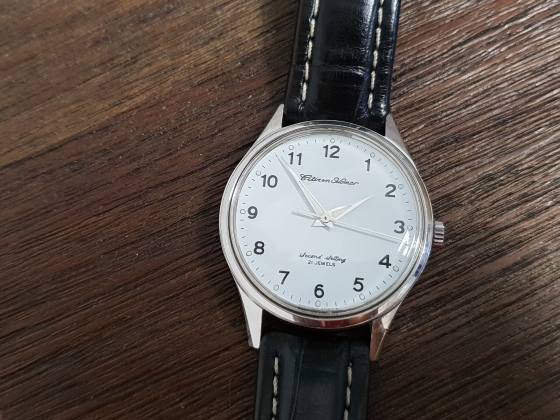 Upon further research, I realised that it was an official watch issued to the staff of the Japanese Railway. This was extremely surprising to me as I had always thought that it was Seiko who issues the watch to the Railway staff. An excellent history and roundup of the Seiko railway pocket watches (from the vintage mechanical to the modern quartz versions) can be found here. I never had much interest in the Seiko Railway watches as they are all pocket watches which makes them unwearable in day to day life.

However, Citizen’s Railway watches are all wristwatches, which makes all the difference! There is not much information about these official Railway watches from Citizen, unlike their Seiko counterparts.

What I have found from my research: 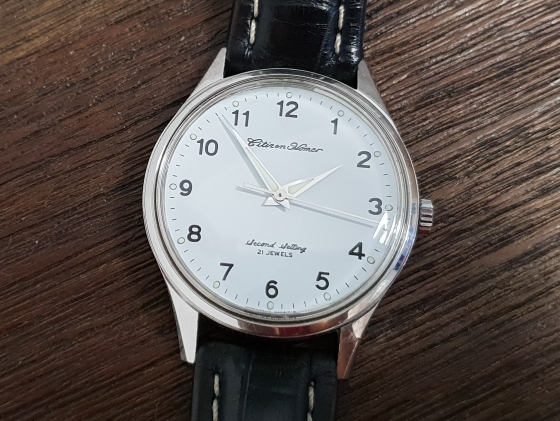 The dial is a sizeable 36mm, which is nearly all dial as the bezel is so thin that it is almost non-existent. The stark white dial also aids in making the dial look bigger than it really is.  The dial has full arabic numerals and dauphine hands with center seconds. 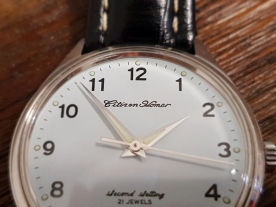 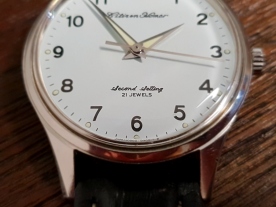 I really like how Citizen chosen to use a cursive font for the “Citizen Homer” and “Second Setting” branding on this watch. The jewel count is printed at the 6 o’clock in a regular font as a reminder that this is a mechanical handwinding watch.

Surprisingly for a dress watch, but unsurprisingly for a functional timepiece such as this, the hands are lumed which aids timekeeping in dim light environment alongside lume dots at each of the hour markers. The lume no longer works well for an approximately 50 year old watch, but I’m sure it served its original purpose well in the dim driver carriage of the Shinkansen.

Yes my model was issued to the Shinkansen, also known as the bullet train.

On the simple snap-on caseback engraving, I believe that the characters can be translated to this watch being issued in 1976, to the Shinkansen division and is likely the 578th watch issued to this division. 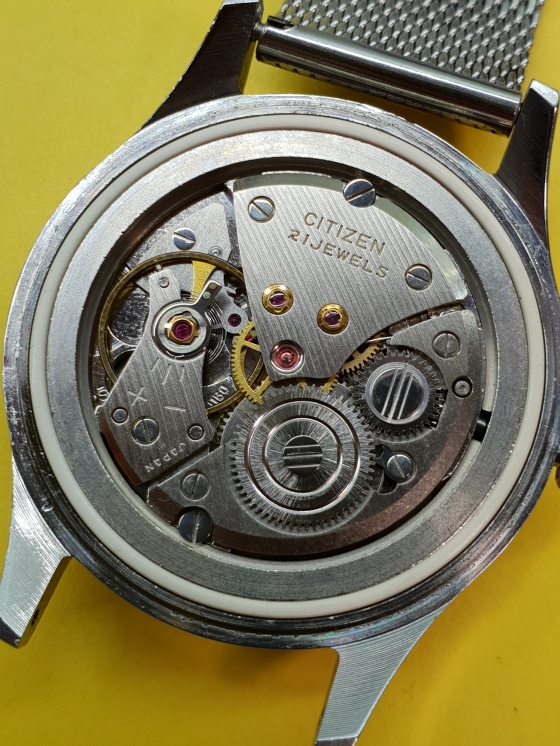 Removing the snap-on case back reveals the simple and industrial looking Homer movement. As mentioned earlier, there’s no indication whatsoever that the movement is adjusted in any special manner to meet the specifications of the Japan Railway.

Upon doing some further research with Stephen (of https://sweep-hand.org fame), he brought to my attention the movement number “0911” engraved on the main plate just below the balance wheel. 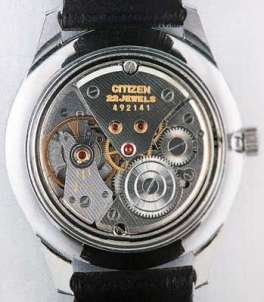 This was apparently the same base movement that drives the base Citizen Chrono Master, which is basically Citizen’s response to Seiko’s King Seiko and Grand Seiko. A clue is in the exact same angled striped finishing used in both the 0911 and 0920 as seen in the photos above. The Chrono Master’s has the movement number “0920”, which was probably an indication of a tighter adjustment compared to the pedestrian “0911” movement found in my watch.

Moving back to the crown, my crown is signed off with “CTZ” as it was issued only in 1976. The “T” as you can tell, is worn down fairly more than the other 2 letters. The crown is ridged and winds well given its size.

The lugs of this watch has a slight twist to it as you can see in the photo below which is an interesting detail given that there’s no real need for this design flair and Citizen could have kept the lug design as simple as possible to reduce cost, given that it has a captive market.

In the above photo, one can also see the domed acrylic crystal that is typical of watches in that era.

In conclusion, this watch once again illustrates to me how there are so many more interesting vintage watches out there yet to be discovered and how one’s watch knowledge is never complete no matter how long one has been in this hobby. Before this, I never knew that other companies provided Railway watches, but now I know that Citizen themselves provide wristwatches to the Japan Railway staff!

Here are some wrist shots to end off this article. 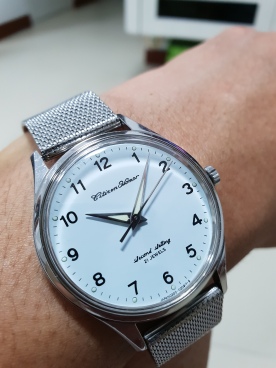